How it works: Marrying In or Out of Community of Property

The period between the start of an engagement and the eventual walk down the aisle will be one of the most exciting and memorable times of your life. Aside from the rosy glow of love and the emotional high that follows a successful proposal, you and your beloved will encounter a seemingly never-ending list of decisions that need to be made before your big day. While you making such important decisions as living arrangements and whether or not to hyphenate your surname, your attorney will ask you to make one more important choice before you tie the knot: whether to marry In or Out of Community of Property.

In short, the decision to marry In or Out of Community of Property determines what happens to the assets that you and your partner each bring into the marriage in the event of divorce or the death of a spouse. While this might not be a pleasant thing to think about so early in your love story, it is the responsible thing to consider all possible outcomes and make a choice that offers you and your assets the most protection, should the worst happen.

It is important to note that when couples do not create an antenuptial contract before they are married, they are automatically married In Community of Property.

What does it mean to be married In Community of Property?

When a couple is married In Community of Property, it means that all the assets, property, loans and debts that they bring into the marriage are jointly owned by both of them and form what becomes known as the joint estate. Remember the old saying “what’s yours is mine and what’s mine is yours”? That was probably meant to refer to a marriage In Community of Property.

This arrangement extends past the “I do’s” and sets the tone for the rest of this marriage, as every new asset or debt brought in by either one of the spouses automatically becomes part of the joint estate – including the contents of separate bank accounts and proprietary businesses.

A red flag to watch out for in this arrangement is that it is possible for creditors of one spouse to make legal claims on the possessions of the other, as those possessions are considered to belong at least in part to the person who owes them money. In the event of the death of a spouse, the couple’s assets will be frozen until the estate has been wrapped up by the executor. This can put the surviving spouse in a challenging position, as they may not be able to access the money in their own bank account for a period of months while the estate is concluded.

Should a spouse die intestate (without a will) while married In Community of Property, the surviving spouse is allocated nothing more than half of the joint estate. In the event of a divorce, the joint estate will be divided in half and distributed equally.

What does it mean to be married Out of Community of Property?

A marriage is considered Out of Community of Property when an antenuptial contract is drawn up by a couple before they get married. An antenuptial contract, also known as an ANC, is a contract that stipulates which assets were brought into the marriage by which spouse, thereby helping individuals to keep control of their own earnings, loans, debts and assets. The ANC will spell out the terms of asset possession, financial earnings during the marriage, property control and ownership, and how things will be divided if the marriage ends or your spouse dies. In short, your ANC is your chance to protect your individual rights and simplify things, should you find yourself in unfavourable circumstances.

Unlike those who marry In Community of Property, couples with an antenuptial contract do not join their estates together, although they may choose to either include or exclude the accrual system from their ANC. When the accrual system is included in an ANC, each spouse keeps the assets that they brought into the marriage, but shares equally in the assets that are brought in after the marriage. A new car purchased in one spouse’s name, for example, may only have been afforded because the other spouse contributes to the monthly household expenses. In order to acknowledge these contributions, the accrual system allocates each spouse their share of what was built up over the course of the marriage together.

If a couple is married Out of Community of Property and without the inclusion of the accrual system, then their assets simply remain their own, regardless of when they were purchased. Each spouse can claim only what they brought into the marriage and what was purchased in their name. This can become a tricky point to navigate in the event of a divorce, especially when expensive assets like vehicles and properties are involved. If an asset is not registered in both spouses’ names, then the spouse that has their name on the title deed stands to walk away from a divorce with that asset in hand, regardless of the financial contributions made by the other spouse. On the other hand, some individuals view the non-accrual approach to be the cleanest and least emotionally draining way to get through a divorce, as each party simply takes what they brought and leaves.

Whether you choose to marry In or Out of Community of Property and with or without the accrual system, there are risks and benefits to be considered before you make your decision. Why not contact a member our Notary Public today and schedule a consultation to evaluate your unique situation? We will provide you with all the information you need to protect yourself, your spouse and your assets as you embark on the next exciting chapter of your life. 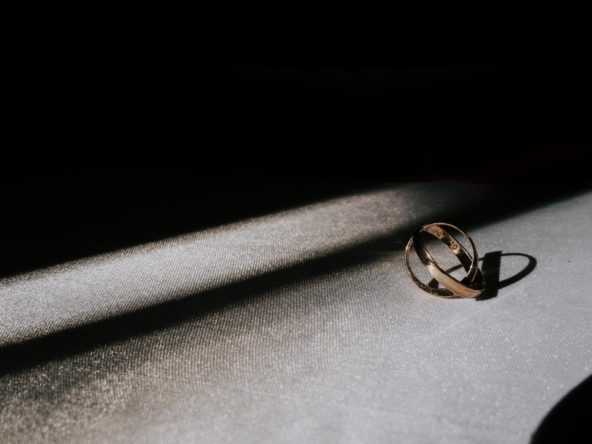 Since the promulgation of the Recognition of Customary Marriages Act, 120 of 1998, the position...
Continue reading

Please enter your username or email address. You will receive a link to create a new password via email.